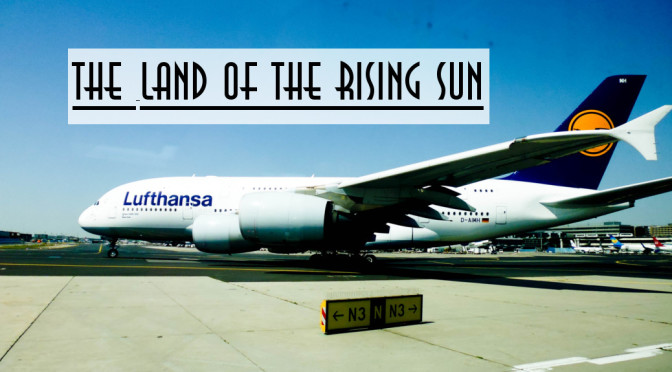 Hisashiburi Desu Ne! a phrase that you used when you haven’t seen someone for a while. And even though it’s only little over a week, it already feels an eternity. Because for the past week a lot has changed in my life.

A trip that only took about a day, felt like I’ve been on the road for a full week. And for those who followed my facebook some have known that this journey went not so smoothly than my first trip in 2013. So here is my full report on my trip, The land of the rising sun.

The land of the rising sun

Trip 1: To the airport

The trip to the airport can give every normal human being, even before he leaves, the necessary stress. Always when you’re close to Brussels something goes wrong. The road signs in Brussels are a real nightmare and the moment you start momentarily doubt yourself which direction you need to take, other drivers honk directly. But all in all we got there quickly and I could finally check in my suitcase. 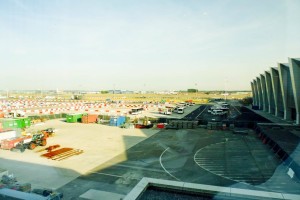 The last image I have from Brussels airport.

-A tip for those who come to Japan in the future. Try to travel as directed as possible. Because if you’re in Japan and need to take a domestic flight you always need to pick up your bags and you need to check them in again for your next flight. –

After the final goodbye to my mother I started my journey. After passing the security and finding the right gate. I was finally on my first plane. According to the papers, there was for the short flight to Frankfurt a snack included. They better not gave it. It was a chocolate bar. At the moment it was in Belgium again pretty nice weather. So you can already imagine this little snack melted quickly in its packaging. 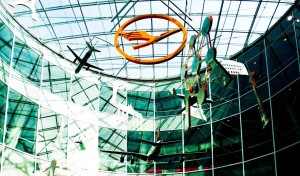 Everything at Frankfurt airport breaths Lufthansa

Frankfurt has a big airport. I had finally went through the last customs check to get into the terminal for flights outside of Europe. Arriving at the right gate, I started to get back into the Asian vibe. Almost everyone who was waiting were Japanese. It was the flight to Nagoya, A big city but not the most popular city for tourists. The plane was therefore filled mainly with Japanese people.

-Lufthansa is also very strict when it comes to abide by the rules on carry-on luggage. So make sure that your carry-on luggage has the right dimension, the ones you can find on their website and that you certainly do not take more than 8kg whit you. Do you have too much weight in your hand luggage or is it too big then you need to check this in (And that can cost extra money ) or leave it behind.-

The flight itself was not that interesting. I had the chance to see a number of movies, the food was like real airplane food –bad- (If you really want good food and service than is Korean Air’s best airline, tasty food and friendly people). I couldn’t sleep on the plane this time. So I counted down every hour. But at 8 o’clock in the morning (Japan time) I finally landed at Nagoya airport.

The heat and humidity hit me directly in my face when I came out the plane. I immediately knew it was going to be harder for me to adapt than the previous time. But I had to get my Suitcases asap so I could continue my journey and could reach my destination Fukuoka.

But this is where it went wrong. My first, orange, suitcase came quickly unrolled on the luggage band. But my grey suitcases did not appeared but. After waiting for half an hour, and still no second suitcase, I decided to inquire someone. All luggage was unloaded and my luggage has never been on that place. So somewhere in the world, between Brussels-Frankfurt, my suitcase was lost. But luckily I met an angel that worked for the airline company that helped me. She filled in all the papers as quick as possible and escorted me through customs to the check-in for my last flight.

I have a new last name!

In Japan is not always simple to check-in. Even though my flight was booked beforehand, I had the feeling that they had to fill in everything again. At the end I got a new name Kunis . ( Kenis is what it should be). But I could finally get through to the gate.

On the plane I received the company of a Japanese family that went on summer vacation to one of the many islands that lie beneath Kyushu island. The family of four, had 2 lovely daughters. Even though the lack of sleep began to hit me. It was a nice opportunity to use my Japanese back for the first time. 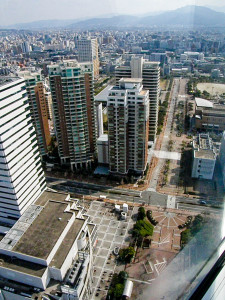 I was finally back in Fukuoka. Everything seemed the same as two years ago. And because I still had only one suitcase , I decided to take my chance to take the subway to my residence. And yes, everything went smoothly. It was busy, but that’s always the case in Japan. And after an hour I arrived in Ijiri my home for the next two months.