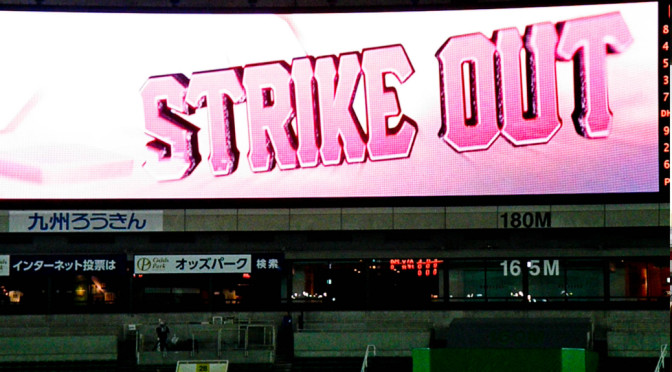 GenkiJacs (The school i’m going to atm) had four free tickets to go to a match of the worldcup baseball. I never seen a match before, so I decided to go. It was Brazil against China. it was not a populair match because the teams that were going to the next round were already decided. So there were almost no people.

But still we had a lot of fun. It was a slow match, even after 3 hours it was still not finished. Se we decided to leave early. But at the end China won with 5-2.  This match was a nice introduction in baseball.